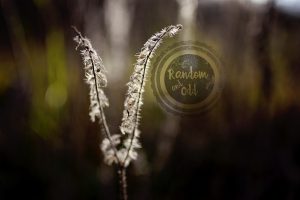 I didn’t plan on the deconstruction of my beliefs, disassembly of my family and the having the front row seat watching my own life twist around all of it…but here I am.
Somewhere I watched a video where the person talked about the only control we have is that of our own emotions.  Anger doesn’t happen to you, you allow it in and project it.
As an Aries, GenX and with a big personality when I get angry…it’s seismic.
In the last couple of years things have happened in my life to make me evaluate my  relationship with my family.
My family are republicans.  I am not.  This has never been an issue because I always prided myself to be ‘an exception’ to the Democrat. I wasn’t a left. I believed in most of the things that Republicans did and I even voted for them from time to time.  Then Boo Hoo Moneybags somehow landed in office and a massive chunk of the Republicans became Trumplicans and the ability to have any kind of intellectual conversation with them became impossible.  Any conversation with my brother or dad would end up in either one of them yelling, “FAKE NEWS” or circling the conversation to Hillary’s emails or showing me a nasty picture of Nancy Pelosi.   My ability to put up with the bullshit had worn thin after all their QAnon buddies and fellow assholes raided our nation’s capitol.  Somehow they now put that on BLM.  I can’t stand talking to either one because you can time your watch to the conversation being brought around to politics and I don’t want to have that conversation with either one. They are uninformed.
The final straw was when my brother said he wanted to slap me so hard so I could wake up and see the world for how it is.  I told him that if his world involves physical violence threats against his sister, I didn’t want to be a part of it. He started to get loud and I told him would be best if we ended the phone call.  I haven’t spoken to him since.   My dad did say that “oh, he’s sorry.”, but I haven’t gotten a single call to hear it for myself. He’s not THAT sorry, now is he?
My dad blames politics for our falling out, but actually that is not why.  I’ll go into that later.
He sent me a letter and in the first paragraph he spelt my daughter’s name wrong (she’s like 25 now…you would think he would know by now how to spell her name) and went into full melodramatics; Something I am having to dig into and figure out how that plays into my life.
I always prided myself on being a ‘daddy’s girl’ and now I am just realizing…I have daddy issues.