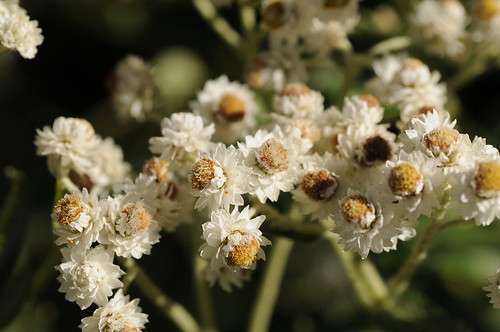 Old Hwy 40, a photo by Random and Odd on Flickr.

Those are 3 words I wasn’t sure I would ever want to say because I usually go back and then feel like a dumb ass for saying I quit. This time, I can say I quit.
Lester and his daughter had this deal to quit smoking together. I knew it would be easier for his daughter because she smoked about 3 a day and he smoked a whole pack and had been smoking for years.
Lester and I tried to quit last year when I first moved in and then the skunk died under the house and it was really stressful. He showed me he had the willpower to do it though. It was my fault he failed on that attempt because I kept a pack of smokes and he went from bumming some to just going and buying a pack.
This time I decided that I wouldn’t do that. I had bought one pack because I was stressed the fuck out because he was quitting and let’s just say…he wasn’t exactly shooting rainbows out of his ass friendly-like. After I finished that last pack, I went down to the smoke shop and bought an Ecig. I knew I was only going to be using it at night (I’m a night smoker) and I wouldn’t need the nicotine, just the motions and act of smoking is what I would need. I got the 0% nicotine and it seems to be working. There are certain situations I can’t break, like at night I enjoy sitting outside while playing my online game and listening to the crickets and the frogs. Normally that is when I would smoke. Now I take a few puffs of the fake cig and it seems to suffice.
Yesterday I was so sick. I have never been violently throwing up like I did yesterday. This is coming from a woman who had morning sickness from the second I got pregnant to the minute I had my children and also was sick for 6 straight months while trying to figure out what antibiotic my body wouldn’t reject. I felt like my body was rejecting everything I put in it…with great force. Violent is the only word I can describe it. I didn’t start feeling better until about 2 am this morning and I realized that I only took a few puffs off my Ecig last night while I sat outside to listen to the cricket/frogs. It won’t be long before I won’t even need that. I’m proud of myself. I did it.
Lester even stuck with it too. If someone is smoking he doesn’t need to walk away, he will just have you blow it in his face. Yes, I know how odd that sounds, but as a smoker– I get it. I will walk through a cloud of smoke and try to suck in as much as I can because OH MY GOD it smells good when you really want one. It doesn’t smell good when someone comes in from smoking and stands next to me though, that doesn’t have the same effect and for that…I am sorry for everyone who had to put up with me.
He said that it is helping with his skating too.
I haven’t had a chance to see if the lack of smoking has helped with my running because I am battling some feet issues and have only got to run at the Color Run last weekend where I was inhaling copious amounts of colored cornstarch.

In other news, I ran in the Color Run last weekend with my running team and while I was there I had a conversation with one of my new running teammates and she told me about an email she got from a childhood friend that caused me to cry. They weren’t tears of joy or sadness…just hearing this bit of news made me realize how long I had held onto this notion that was untrue and it was good to know that I was wrong about it.

Last week I also got to spend some time with Liz, Dennis and the girls, remember them? DB’s step kids from his first marriage? ((he’s collecting step children)).
It was so nice to finally see them again and get my hugs and kisses. The girls have gotten so big. They are two very loving little girls. It was nice to see Dennis looking so happy with his life. They both turned into such amazing parents and I couldn’t be more proud of them both.
They are the only tie to that part of my past and they have been nothing but fair with me. I asked Liz on different occasions if I should remove her from my friend’s list on Facebook to cause her less drama from the other side and each time she said no. She’s a strong woman and I am glad she never took me up on my offers.

Last weekend I also took another road trip. This time it was up old Hwy 40. I turned off my radio this time and just enjoyed the quiet of the ride. Interstate 80 is so loud and I didn’t realize it until I was off of it and just sitting on the side of the road, next to this strange lake in the middle of nowhere…yet not too far from the freeway. I love where I live now! I am learning so much about it by getting in the car and getting lost on purpose.
Next weekend I have a photoshoot, but I want to head out right after and go investigate this other area of town that I have heard about. My Flickr will have all the pictures!!